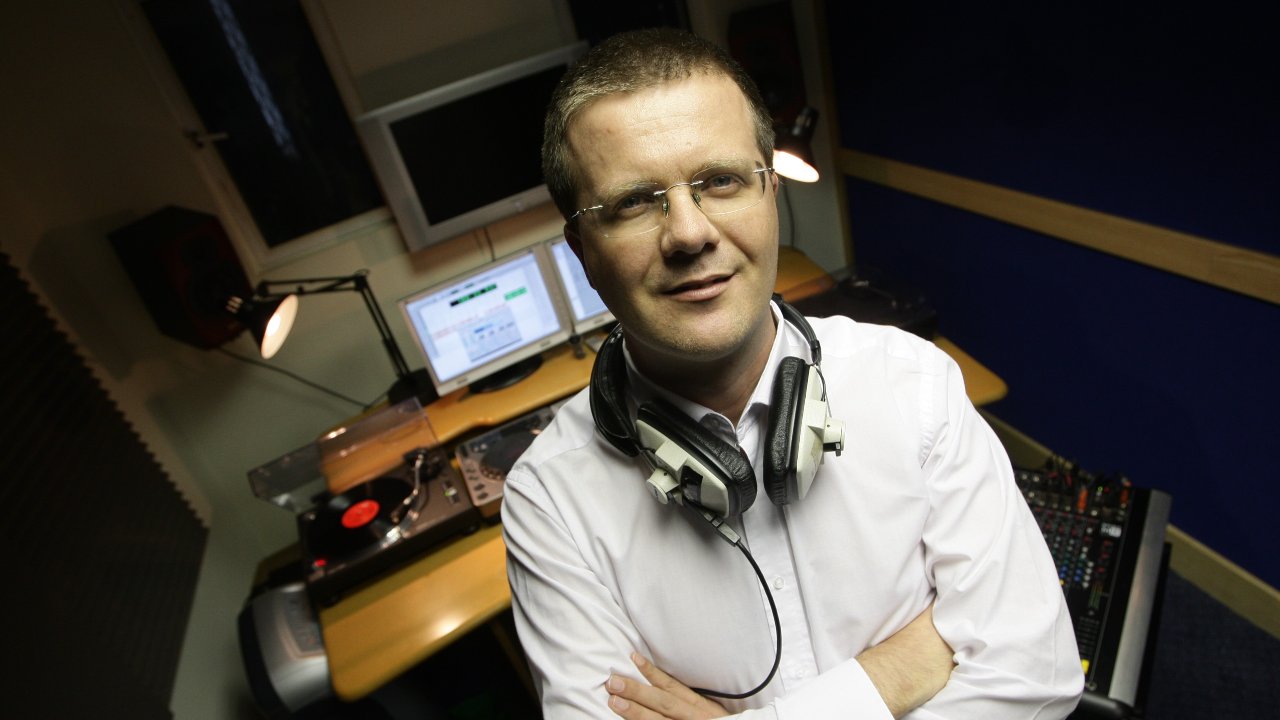 Iconic nineties dj, entrepreneur and world traveler Dusty Rhodes was raised on radio. His Dad worked as a radio technician for the Gardai and was probably disappointed when Dustys only technical interest was in the DJ voice coming out of the speaker. It was worse when he heard his son got a job on an illegal pirate radio station!

That’s how it started for 13 year-old Dusty.

Weekend and holiday jobs on pirate stations, listening, learning and lounging around grotty studios. The stations got bigger, the studios nicer, and before long Dusty hit his first big job on Sunshine 101, the biggest “super-pirate” in Dublin in the late 80’s.

As the pirates closed, a massive new legal station was launching, pumping hits into the UK from a mammoth transmitter in Ireland. Dusty was the first DJ hired by that station which signed on as Atlantic 252. His greatest achievement’s there? “Getting half a million calls in one hour for a competition to win £5,000.”

After 5 years with Atlantic, Dusty got a call he’d been waiting a lifetime for from his dream station, Irish national broadcaster RTE 2FM. “I’ll never forget that year. I’d just joined 2FM and the week of my birthday they had me filling in on the Breakfast Show.  It was one of the most perfect moments of my life”.

That career was almost cut short when Dusty was reading out the Lottery results on-air and thought the numbers looked familiar.  “I whipped out my own Lottery ticket and could barely believe it. The numbers I’d just read out were on my ticket.  I completely forgot I was on the air and just checked the ticket over and over.  I saw the numbers really tallied, and that I’d just won € 2.4 million, so I left the studio.  No CD’s or music playing, just silence except for the sound of running footsteps and the door squeaking shut as I left.  I sheepishly returned 45 minutes later.  The ticket numbers were right … but it was last week’s ticket.”  Only an extended apology, and a promise to share future winnings, saved him.

A cushy job with the biggest station in the country was not enough for Dusty whose entrepreneurial spirit was calling. In 2002 he saw an opening in the market for a syndicated radio programme business and grabbed it.  His company Digital Audio Productions was a huge success making award winning programmes for every station in the country. The company also began making podcasts in 2006 and tradition that has continued ever since.

During those years, Dusty also served as the Chairman of the Independent Radio Producers of Ireland, lectured for broadcast training organisation “Eist” and was named as one of the Most Influential People in Irish Radio by leading national newspaper  The Sunday Tribune.

In 2014, after selling the company, Dusty travelled extensively promoting Irish bands with Global Irish Acts, an adventure which took him to Australia, the US and France. Travelling, particularly by air, is key thing in Dusty’s life. He has studied to be a Private Pilot flying Cesena’s out of Weston Airport, he once presented a radio show from the cockpit of an Aer Corps Magister jet and went higher and faster with a trip on Concorde when it visited Ireland.

Today, he is back on the ground and in the studio, bringing the best of his radio and podcasting experience to DustPod.

“After years of mass media, I love being able to get more specific and dig deep with all kinds of companies and the areas they work in.  I find many of them are as passionate about their work as I am about radio and it’s infectious. Their enthusiasm for their product and my dedication to making the best audio possible makes a great team for podcasts.”

That enthusiasm for success continues to drive Dusty. To this day, he is the only independent producer to have achieved several wins, from the national radio awards, and has been nominated again in 2021.

Dusty loves to chat about podcasting and share his knowledge and passion for it. Feel free to drop a line below.